A new start and new things on the farm

Things have changed a lot here on the farm. So much so that now the farm even has a name, Classical Banjo farm. We have added to the farm as well. We now are home to two goats who I brought home in July of 2014 and are now (hopefully) pregnant, more chickens and a couple of turkeys, and a new horse named Greta. Greta is a Norwegian Fjord and just came to live with us in December of 2014. We have also added 2 bee hives and are hoping for honey this year. A lot of things have happened and I'm sorry I never got back here to write about it all. I'm hoping to change that and come back to writing in full force. I've been reading a lot and that has inspired me to start writing again, even if it is just on a blog that no one reads. So as I try to update and restart my blog things will be changing as I have changed much over the time I have not been writing. I Hope to update at least once or twice a week. For now that is the goal I hope to stick to and I will try to not let life get in the way this time. And by life, I mean my job, since I seem to be there more than I am on the farm, or at least it feels that way sometimes. So now I introduce Greta and the goats!! 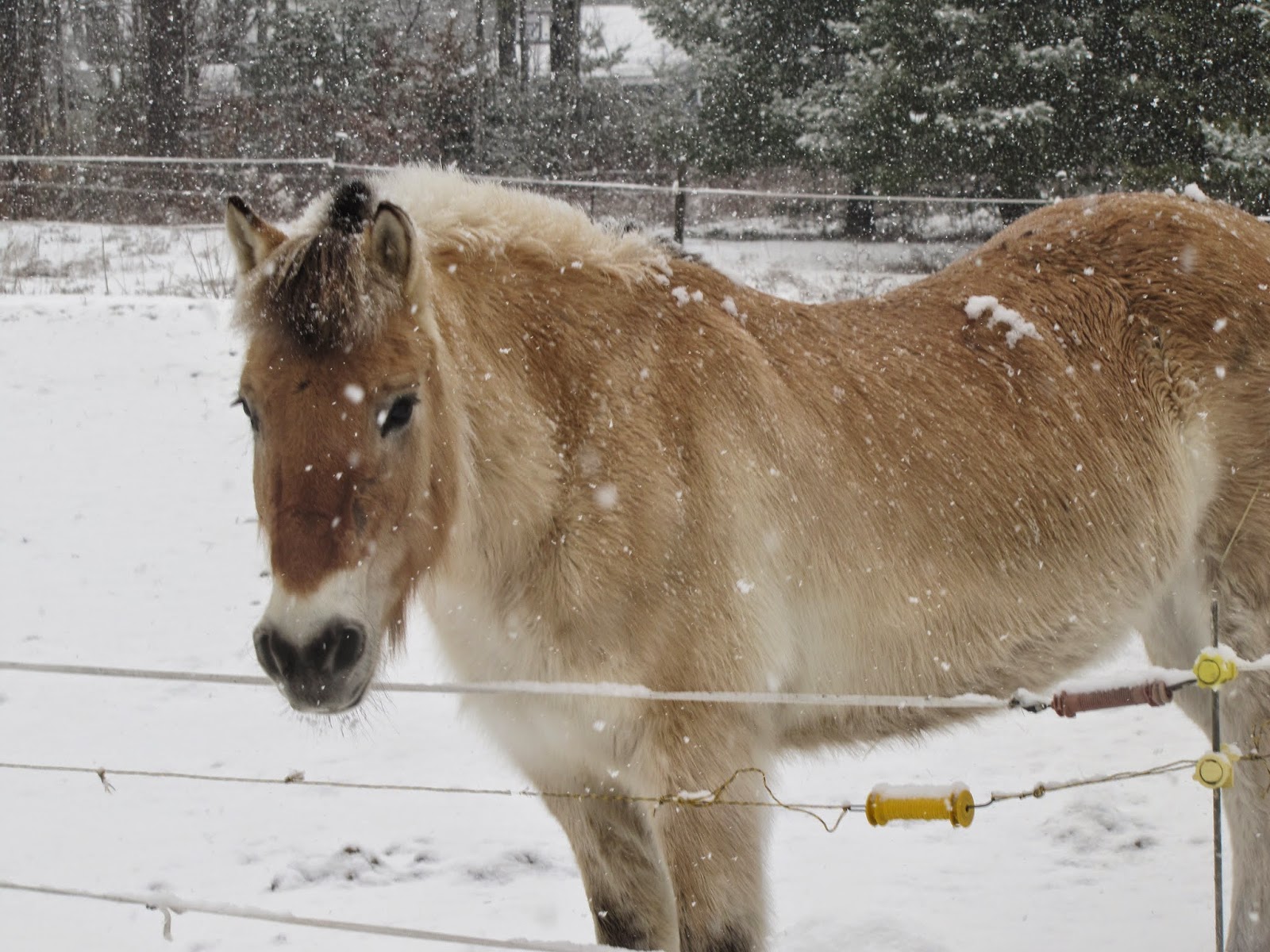 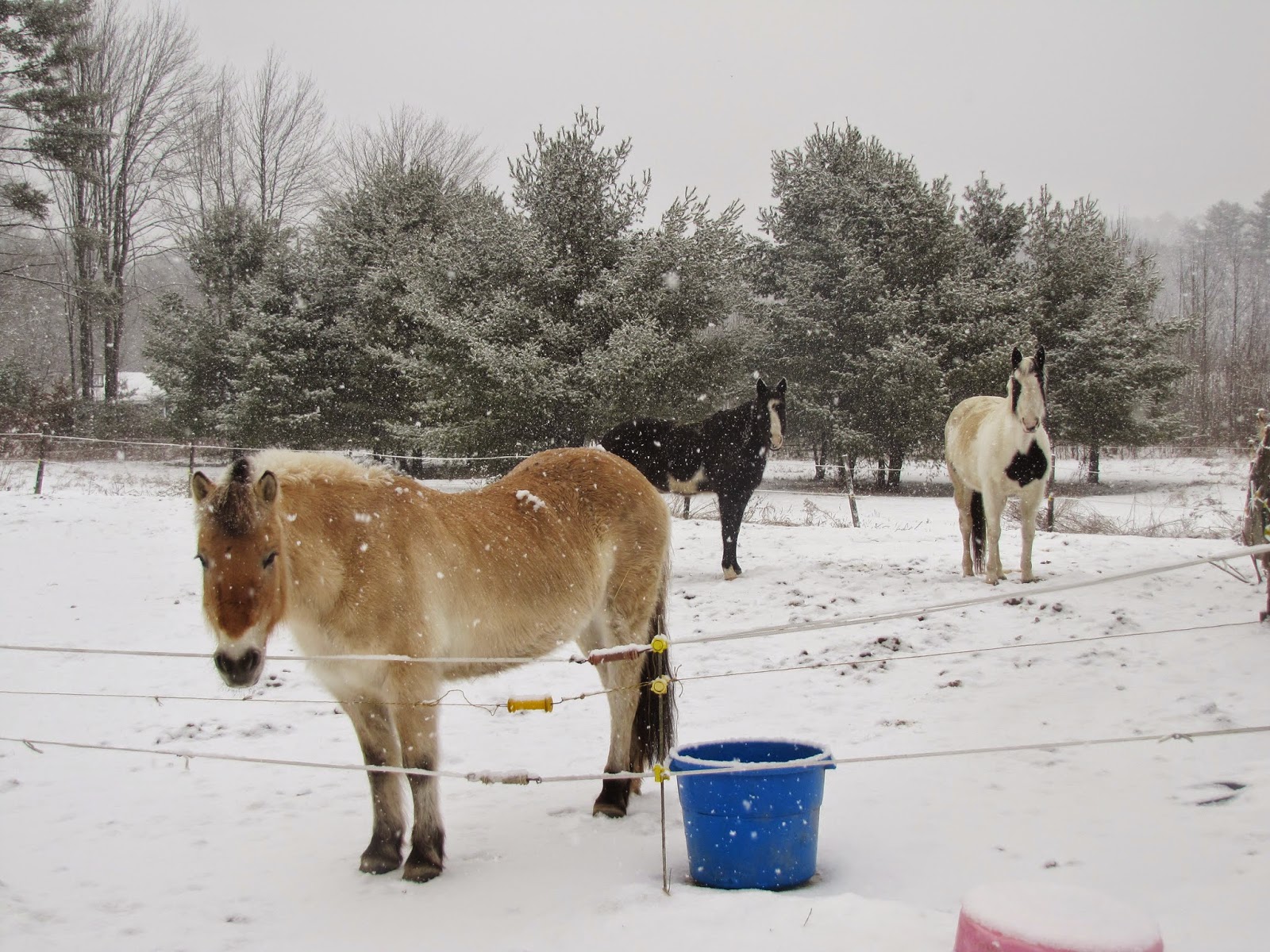 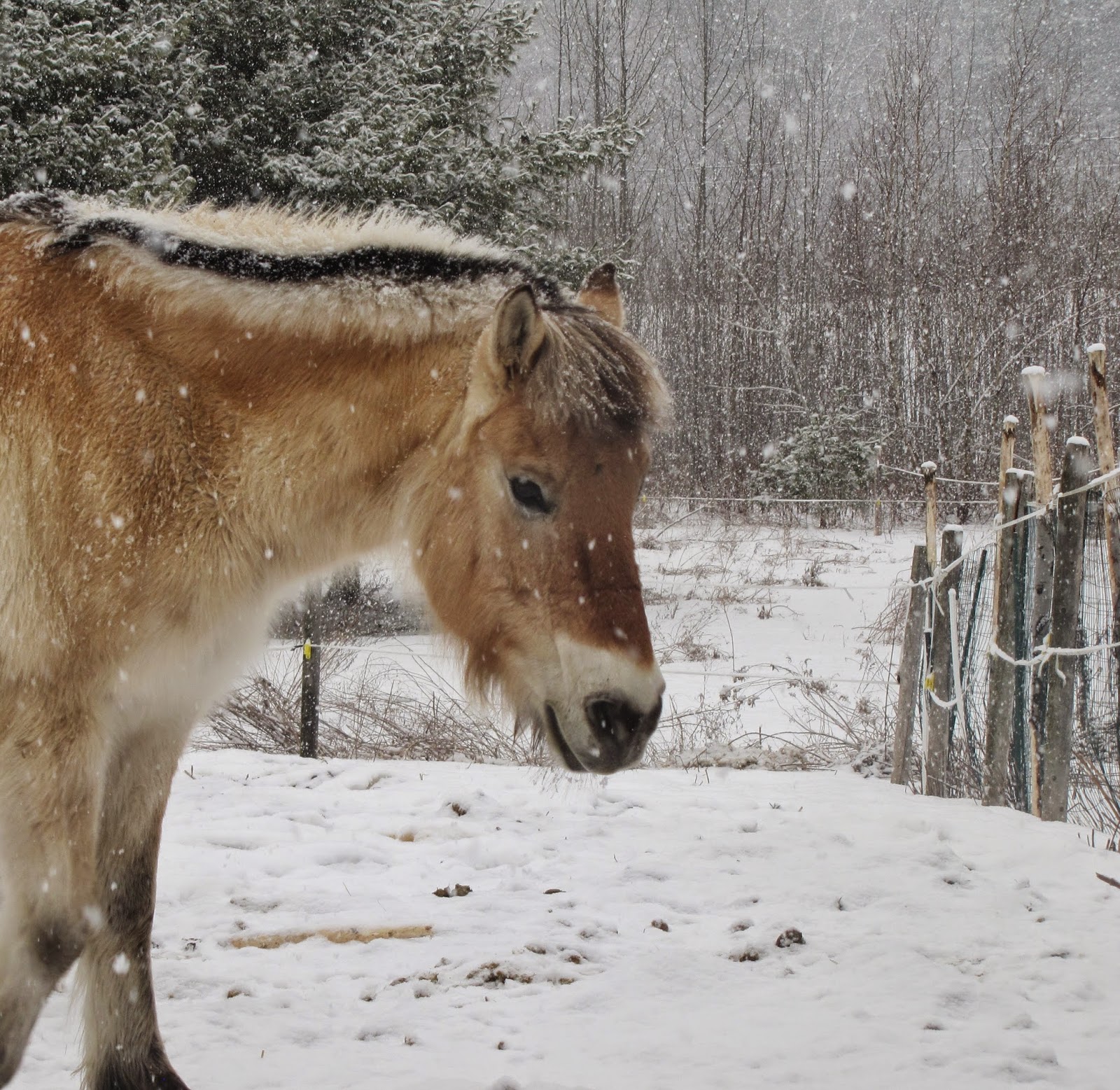 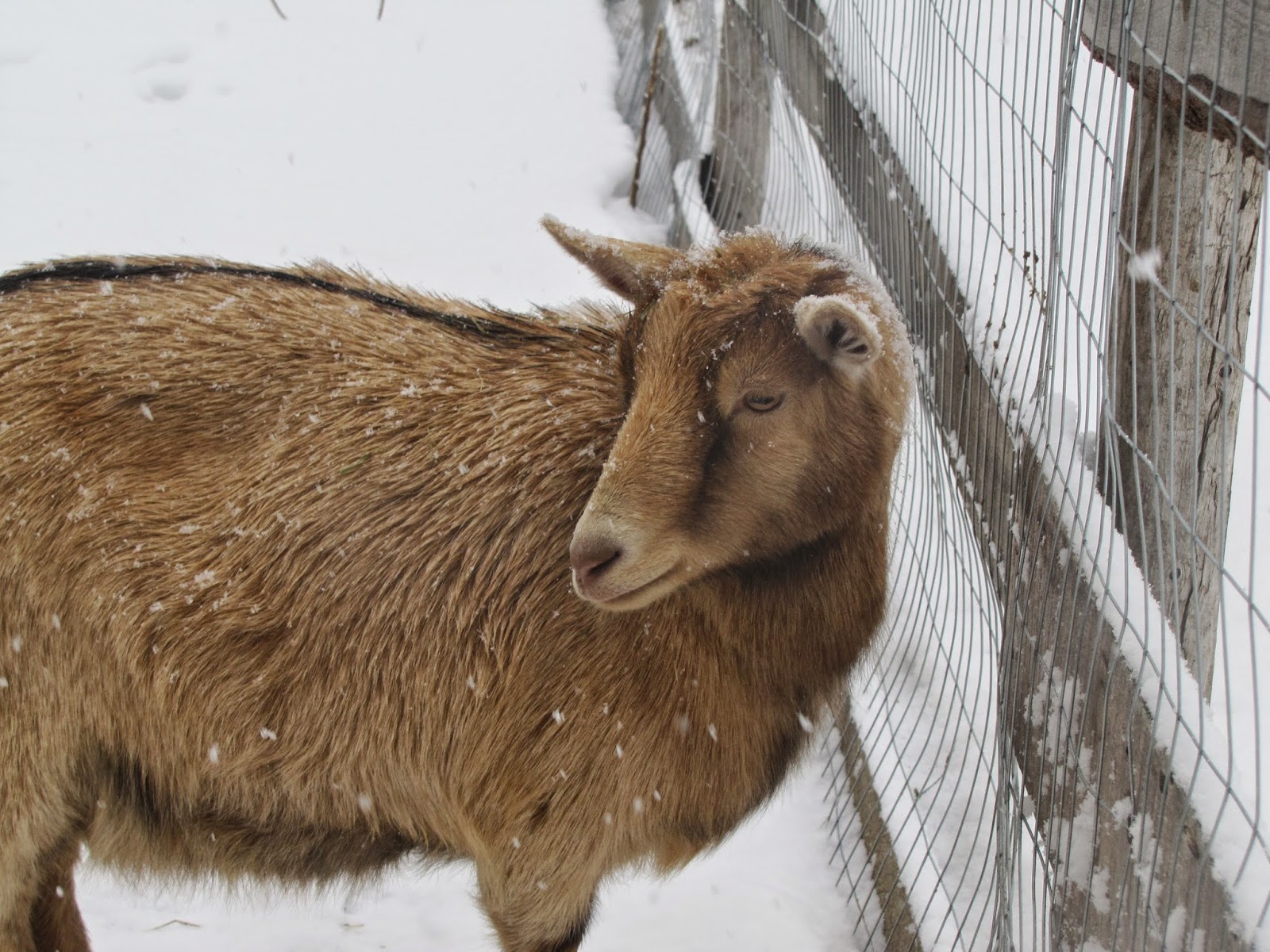 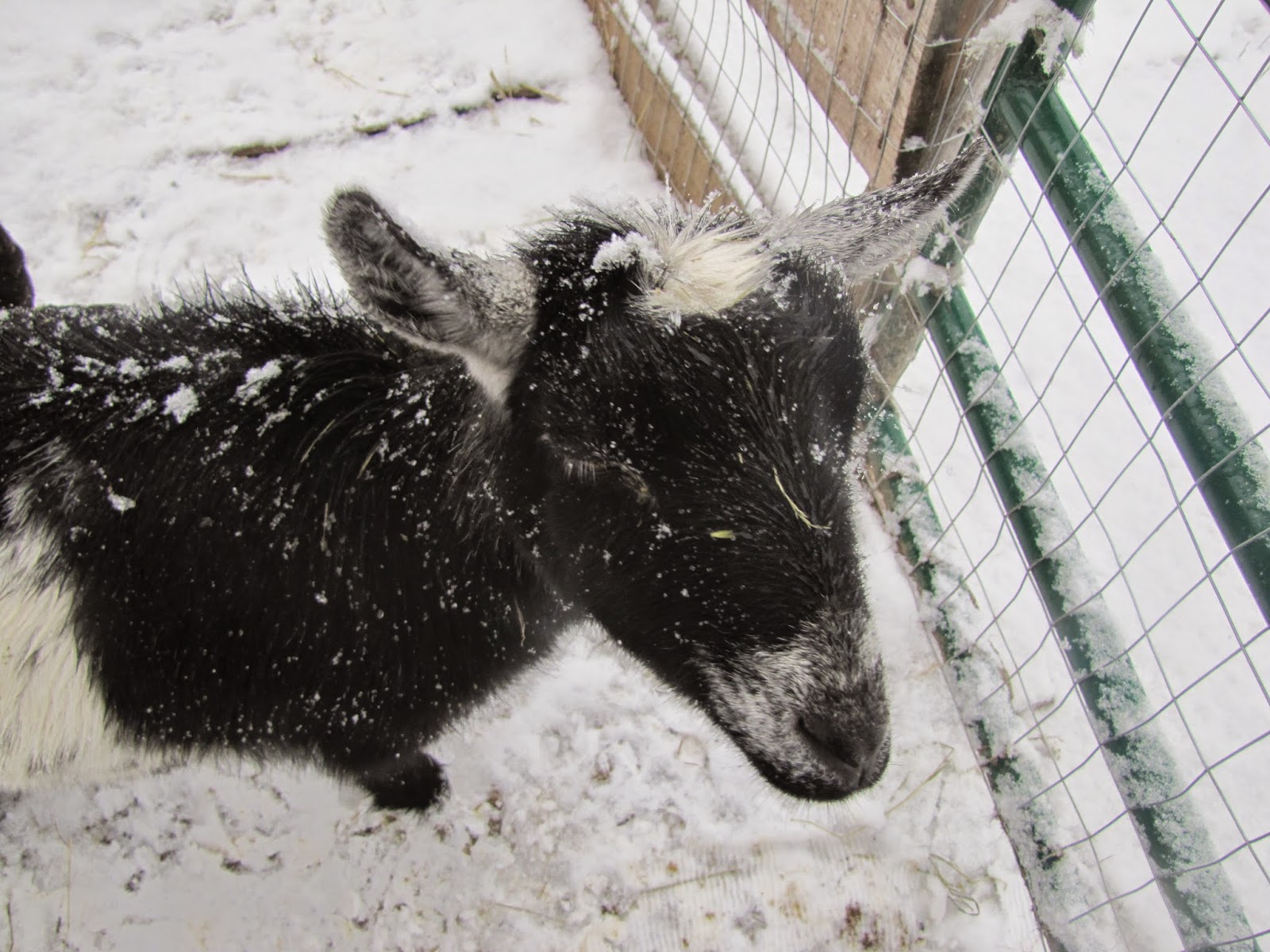 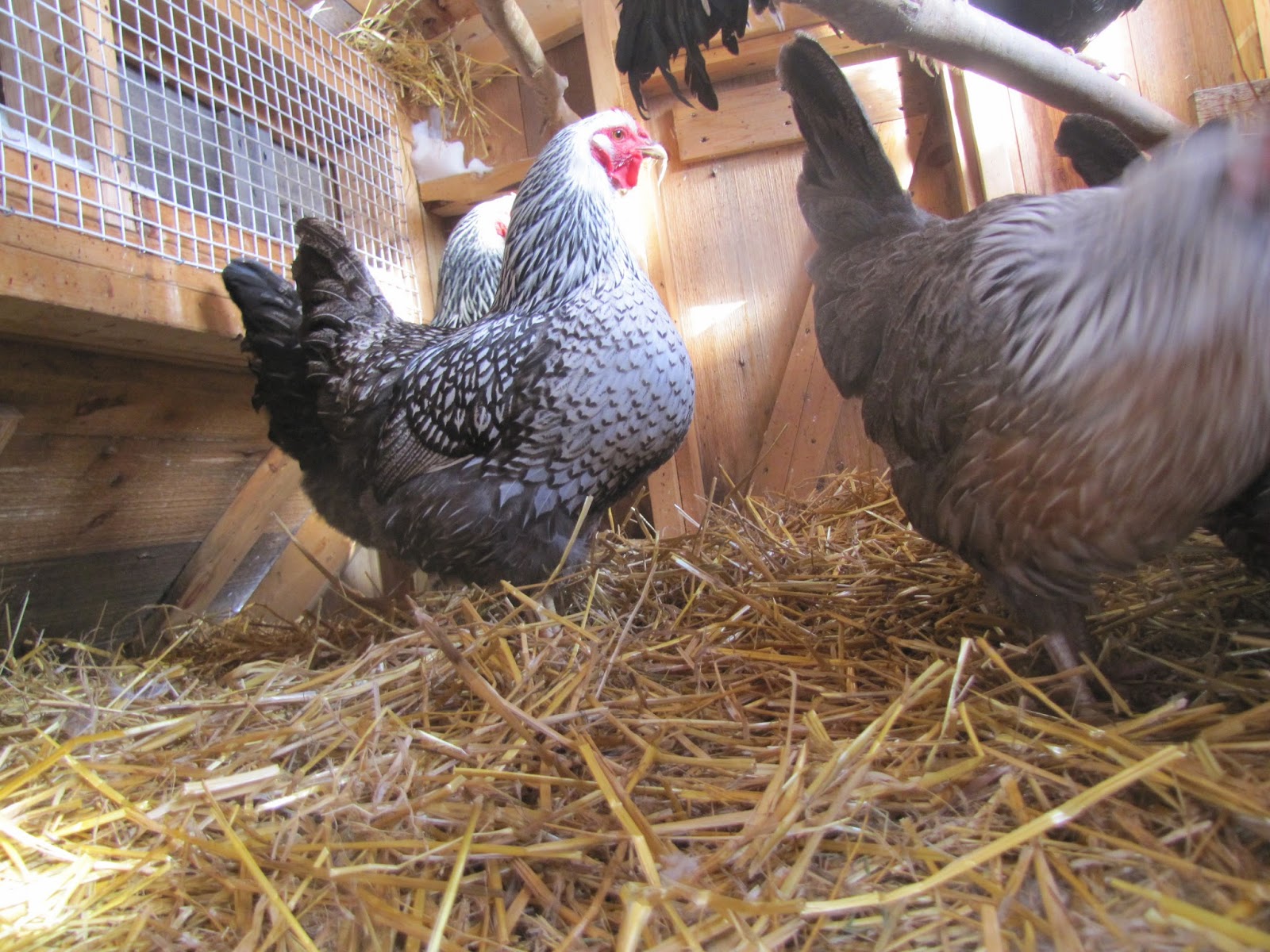 I've gotten back into the saddle a bunch this month, which is nice. I've decided that no matter what, I will go out and ride at least 5 days a week. Gypsy has been getting the most out of these training rides and has been doing quite well. We're still not ready for far and away trail rides, but I feel like we are getting closer to that. Today I went out to ride like I have been in the morning before work and found that both horses are lame. I'm guessing abscesses. It's that time of year again. So my ride has to wait for another day and training is again at a standstill. Some things don't change and the abscesses my horses get are one of those things. Thankfully it seems to only happen in the fall so it's only once a year I have to deal with them. It's still a big pain in the bum. Soaking feet, wrapping, re-wrapping, more soaking. Yuck. I work too much to be able to deal with these things on an easy level I hate soaking horse feet at 11:00 at night. It's even better when I have two horses to do because it takes that much more time. Someone tell me again why I like owning horses? Sorry for the short blog today but I find I have to ease myself back into writing like one eases into an ice cold pool. 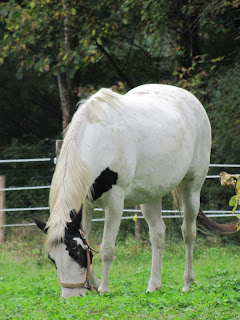 Installed the blogger app on my phone. Now I can update anywhere!

So I installed the blogger app on my phone. This is a test post to see how it works. I figure now I can update anywhere! Hahaha! I am unstoppable! Though I feel my spelling my be lacking with this app as it seems to not want to check it for me. Anyways. Enough rambling about nothing. I'm off to bed! Goodnight all!

I'm back and I'm better than ever! 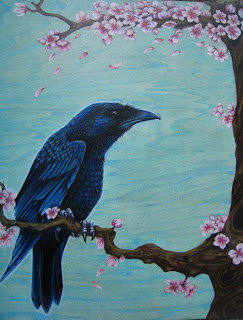 So it's been a long time since I've updated. I'm sorry for that. Life sort of got in the way and then this blog was sadly forgotten. Things have changed a lot since I've last updated. I still have Gypsy and Doodles and they are doing well, they are still not where I would like them to be as far as training goes, but they are better in a lot of ways. Still not where I want them to be, but we are getting there. I've met a wonderful person who now lives with me and helps around the house as much as he can. He tends to work a lot (as do I) and gets what he can done when he can. Things are indeed looking much better than they did back then, I am mostly happy, working hard and getting what I want done (for the most part). I hope to get back into blogging regularly again. I've had some animals pass on. Moe the pit bull was put to rest, half of the cats have moved on but we still have a few of the old timers left plus a few new cats have moved in. The chickens ebb and flow like the tide. They move in and then on and so on. The horses have stayed the same however and are ever constant. We all remain comfy in our little farm that we call home and our castle. This year the gardens have done half as well as I would have liked. I really only had half as much time to care for them though and that was mostly the problem. I have been picking tomatoes, kale, chard, husk cherries, apples, pears soon will come, zucchini and cukes had a rough year and I didn't get many of them but friends have given us what the gardens could not. Today was a day of cooking down tomato sauce, baking apple bread and making salsa from the garden's bounty. It's nice to know that we will never starve as long as I can grow and raise what I need. We have been thinking about adding to the animal family with another horse, a cow, some goats and maybe a pig. I love the idea of raising my own meat but I hate the idea of it at the same time. I become connected to these animals in a lot of ways and the thought of sending one to it's death bothers me. I love eating meat, but hate the meat industry so that's why I want to raise my own. I would know what it ate, where it slept, how it was treated and killed. There would be not doubt that it lived a happy life and was a healthy animal. All of this and more will be coming and hopefully I'll be able to keep up writing this time. I went over a year without posting here! That's a long but yet short time. I am back now and even more eager to learn and share! I hope those who have read this in the past will continue to do so and maybe I'll even gain a few more folks and friends. 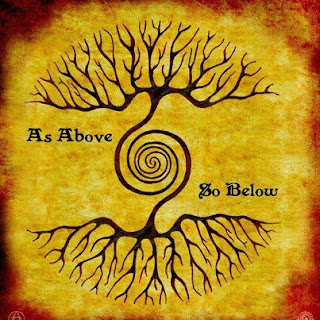 I have many things to be thankful for. I have a job that pays the bills (kinda anyways), a house to live in, heat to keep me warm, food on my table and in my belly, all of the animals in my life, all of the people I love in my life, I am thankful for these things and I will cherish them. The Girls are doing well and both have come out of being lame. I may take Gypsy out for a ride in the snow tomorrow. Yes, we have gotten snow already. It's been an early winter. I can only hope this means an early spring.

The rest of my night will be spent in front of the t.v. and reading a book about dog nutrition with a glass of wine.

Stay tuned for my next post about the troubles of dating and owning horses.
Posted by neith at 9:54 PM 1 comment:

Yes I have been gone for quite a while. Both Gypsy and Doodles are doing well but have been off and on lame all fall. I think it has to do with the mud but also it may have something to do with me. I haven't been around much and because of that hoof care has been lacking. Things have been difficult for me these past 2 months in particular. As stupid as it sounds, I have been depressed over the break up of me and my boyfriend of five years. It's been hard to adjust to life with out him around all the time and even harder to adjust to the dating world. I realize that I do not like dating. At all. Sure, it's not all bad, but it's not all roses and cookies either. The games that are played mess with me. Why not tell me you like me rather then play a game to see if I really like you back. I don't see the point in it all. People tend to be a lot like horses in a way and, for me at least, it's easy to read between the lines. Body language has a lot to do with it. If you're telling me one thing but doing another, I'm more likely to believe what's in your intentions by your actions. It turns out, not only can I read a horse like a book, I can also read a person like one. It's not too far off really when you think about it. Horses want safety, food, water, love and order within their herd. Humans want the same things. Putting together what I know about horses and what I know about humans, I find the same rules apply. I play games with my horses to get the responses I want from them. People do the same thing with each other. Though I do find it's harder to get the response you want from a human then it is a horse. Humans have the gift of speech, they can tell you how they feel and what they want and need, horses tell you in other ways. The thing is though, humans don't always use that gift to tell you these things and then you are forced to figure it out from other cues. Sometimes this is easy, sometimes not so much. Communication has many forms.

All in all, I don't need a man around the house to do what needs to be done. I've been doing the "man's work" for years now and haven't had much of a problem. I can stack hay, clean paddocks, mow lawns, shovel snow, plow snow, snow blow snow (hey, we are in Maine, there is a lot of snow) all by myself. I don't need a man to do that for me. This year's firewood was all moved and stacked by women mostly. I can call someone to fix something I can't and I can fix a lot of things. Independent tough women is what Maine is made of. I can survive without a man in my life, but I like having someone around to share this all with. For now however, I'm happy to be greedy and keep it all to myself. I have this life and it is mine.

I'm happy to be back to my blog despite the unhappy circumstances that is my life right now. It shows me that if I've climbed out of my funk enough to write again, maybe I can climb all the way out of my funk and do other things too.
Posted by neith at 11:35 PM 2 comments: 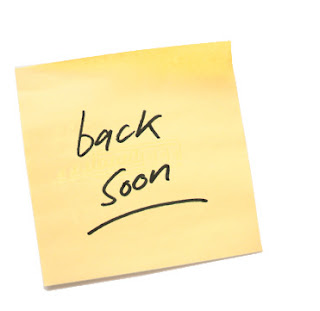